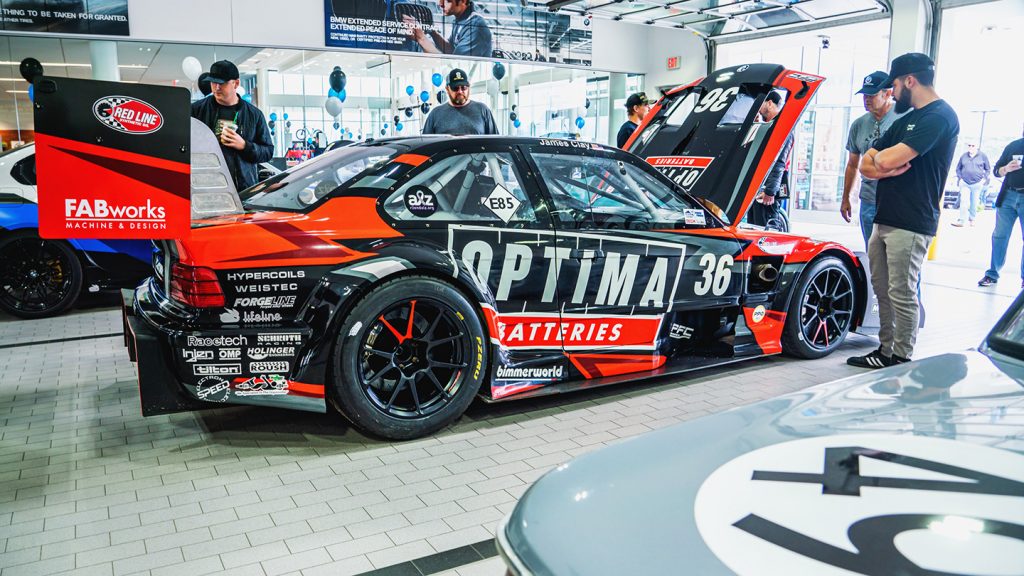 The Bavarians revere their native topography and their motorcars.

Since 1937 when a 1936 BMW 328 won the famed and iconic La Turbie Hillclimb (established in 1897, no less!) the “Blau Mit Weiss” adorned machinery have ascended hills around the world with impressive results.  In the Post-War era their record-breaking continued with the then 60-year-old legendary Hans Stuck winning the 1960 German Hill-Climb Championship in a BMW700. In the same decade (1968) Ernst Furtmayr won the European championship in a 2002Ti.

James’ corporation and publication is well-known in automotive circles and in the BMW circles it’s revered…and rightfully so. James is a remarkably talented designer, builder, publisher and driver and a person whose abilities and accomplishments are exceeded only by his “Virginia Gentleman” graciousness and affability.

Beneath that welcoming personality is a man of determination and dedication and his cars and driving reflect such. The Bergsteiger (“Climber”) may well be one of the most aggressive-looking and ‘purpose built’ E36’s ever created. Grafted to the front of the E36 is a near area code-sized front splitter from a Lola B2K/40 Le Mans prototype that creates nearly 3000lbs of downforce! Moving rearward, the E36 exterior and interior form is dedicated to incorporating an underbody wing and tunnel architecture to further adhere the E36 to the mountain… followed by a rear spoiler hanging off the deck that nearly matches the front splitter for its massive surface area.

The Pikes Peak altitude sucks the life and power out of engines, so one must start with huge power that will be absorbed by the massive aero downforce and thinning oxygen. James and his crew determined that a 1000 HP baseline for the E36 would be required. Considerations were made among N54, S63TU and the installed P63 dry-sump mill that delivers 1150hp to the rear wheels and is mated up with a Holinger 6-speed transaxle.

The hot V8 is nestled in a custom fabricated tube chassis so that the P63 could sit as low and as far back in the car as possible. Meanwhile the inner body panels, wheel-wells and floor-pans have been seriously massaged to lower the car body as much as possible while accommodating the huge meats at the four corners to help keep James and the E36 on course. And all of this serious modification is deftly executed while keeping the E36 profile and appearance…it’s an automotive performance rules adherence execution worthy of Smokey Yunick himself.

In the past couple years camera lenses have been trained on James as he and the Optima Bergsteiger E36 ascended the legendary Pikes Peak. Photo-accessing the PPIHC route is very challenging and limiting but two different shoot locations have been achieved—a few hundred yards from the start and also at the “Double Cut” area of the Section 2 of The Hill. As there’s only a solo pass up the mountain, the number of photos from a location is limited to the ever-changing and difficult environmental changes with only a few seconds of the car being visible… that said, some images were managed to be captured of James’ ascent.

Although James has always provided great drives and excellent results on ascending “The Mountain”, his driving and team management skills extend to performances on road-racing circuits as well. Most recently, he won the GT4 America AM class in both races at Watkins Glen.

Once again, James proved himself to be the class of the field.