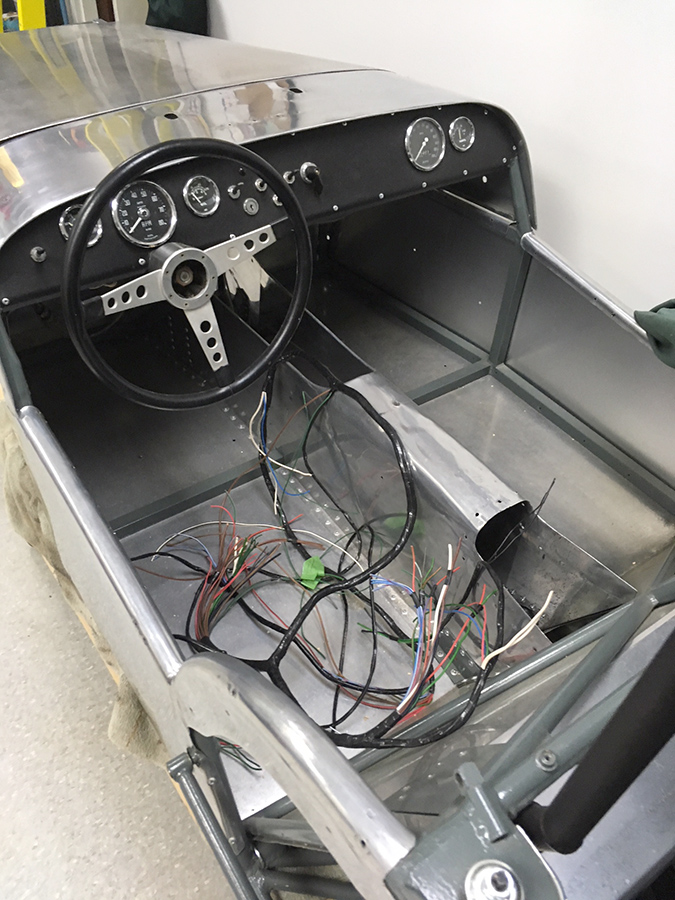 I’ve had one of those soul-searching moments recently. I was lamenting to a friend about what I call the SAP-Syndrome. This is the “Stalled/Abandoned Project” Syndrome. It happens to many enthusiasts (myself included). It’s when we get into a wonderful project that has us all “fired up” and we become completely involved and engaged with lots of work and progress made then… nothing, nada, crickets. The whole endeavour comes to a silent halt. Sometimes it’s due to a health situation, or it’s financial and sometimes there’s no real reason, just other things and “life” gets in the way. Whatever the cause, it happens and it’s ‘way more common than any of us would like to admit.

Regrettably, I have my own SAP demon to exorcise: my languishing, unfinished projects. I’ve talked about and even pointed fingers at others who have the problem. It may be a stalled project, or the forgotten project or the abandoned project, or… never mind. I think you get the idea. At any rate, it’s time I owned up to my own situation.

My Name is Doug, and I have a SAP Problem.

The thing about cars, new or old, is that they all need some looking after and what with house-renovations, our cottage, and the demands of work, friends and family, the classic cars have sat in the garage now for far too long. I have 2 MG’s in my charge as well as my vintage Formula Vee race car and they all need attention before the dreaded “lot-rot” sets in and things become more serious than they already are. There are maintenance and simple cleaning issues to attend to as well as some real restoration/reconstruction work. (I’ll write about these “duties” in the upcoming issues of Moto/ology.) The way things are looking, I can have everything all repaired, gussied up and in fine shape just in time to put it all away for next winter…not ideal.

My late older brother had a SAP episode. Actually, he had a couple. He had a 1966 Series 2 Lotus Elan and a mid-sixties Lotus Super Seven, and both cars needed a lot of attention.

The Elan had suffered a rusty chassis problem and had a motor-mount failure back in the early 70’s when my brother was driving the thing as his regular transportation. (It was actually one of the cars I learned to drive on.) Anyway, after some research and reading up, it was decided the best course of action was to dismantle the car and replace the chassis (or see if he could repair it). Well, the car got stripped down and then, my brother moved houses. His marriage suffered, ultimately failed and the Elan project never got restarted.

At the same time, he also had this lovely little Super Seven that he and I enjoyed tooling around in on summer days. After his move and whilst out on one of those “tooling sessions”, for whatever reason, he ran out of talent in mid-corner and the Seven met with a solid object which caused substantial damage to the right front suspension and chassis. Again, after some research and reading up, it was decided to rebuild the thing. The car was dismantled and parts were catalogued and made ready for repairs and… that was that for quite a while.

Anyone who suffers from SAP knows that it’s highly contagious. Now there were two Lotus’s’s (Lotii?) wanting rebuilding.

After some more personal issues, my brother finally managed to set aside some time to begin working on the Super Seven in earnest. Parts were sandblasted, cleaned and painted, alloy panels were repaired and replaced, chassis damage was re-welded and repaired. Things had actually started going along swimmingly, then another of life’s tragedies struck. My brother was diagnosed with late-stage lung cancer. He passed on without ever finishing his beloved Lotus projects.

A close family friend who had moved to the UK, bought the bits and pieces with the intention of financing a full restoration of both cars and had them shipped overseas. Unfortunately, he soon found the projects were beyond his personal capability and he too, was in over his head.

The cars were then sold on to others who have now taken up the gauntlet and are piecing things back together. The cars were shipped to the UK and that is where they now reside. The people who currently own them, are sympathetic to their history and have promised to restore them to their former glory and keep me posted on their progress.

Hopefully, once this COVID-crises passes, I can take a trip to my friend’s place in England and pay the old cars a visit. It would be great to go for a ride in them and remember those lovely, hot summer days with my big brother and the cars he loved.

Admitting you have a problem is the first step. OK, so I admit it. I’m a SAP-ist. One who has a Stalled (and/or) Abandoned Project.

I’ve had one of those soul-searching moments recently. I was lamenting to a friend about what I call the SAP-Syndrome. This is the “Stalled/Abandoned Project”

One year in and we are ‘racing’ towards building a bigger and better community.