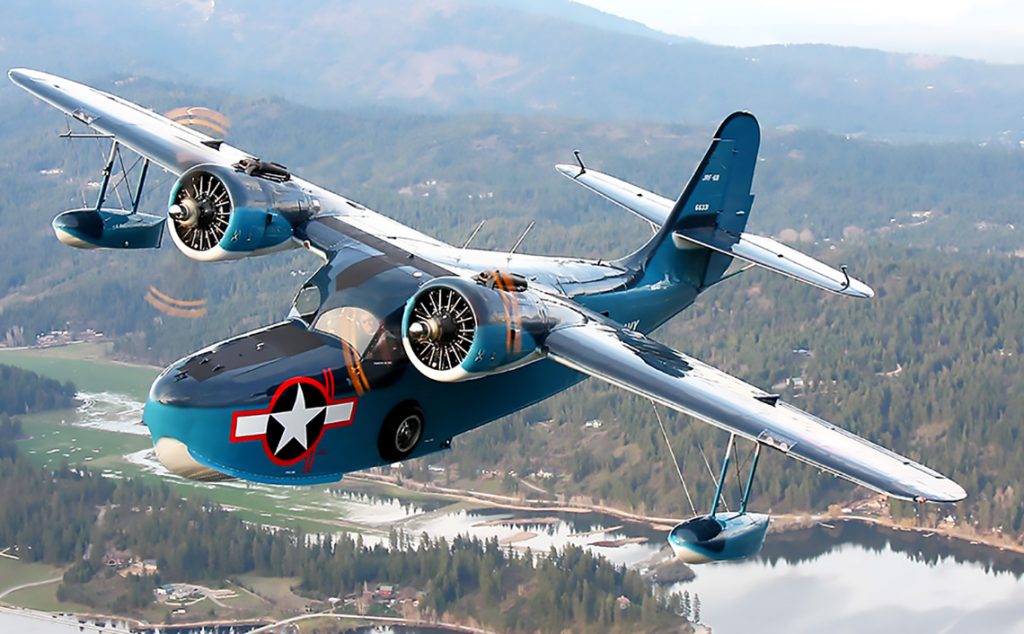 Addison Pemberton and his dedicated crew just outside of Seattle, Washington are known for their first-rate restorations and efforts to preserve the early history of flight. Following-up on our last issue’s story of the lovely Model 40, the earliest flying Boeing aircraft, we thought John Wright’s interview with ­­­the man himself and a quick look at some of his other aircraft would be fitting.

JW: Addison, how did you become involved with vintage aircraft?
Addison Pemberton: My Dad flew, and I guess that’s how I first got the bug. I’ve been interested in vintage aircraft most of my life. Growing up, I spent a lot of my time at Gillespie Field in San Diego, and I just gravitated to the older aircraft. I had no interest in the newer stuff.

JW: Was there someone back then who acted as a mentor for you?
Addison Pemberton: Don Marks was an influence. He converted Beech 18s into freighters. I was in and out of his shop until I moved to my own small shack, but I had the free run of his place.

JW: It was at about this time you started to collect non-flying aircraft as projects.

Addison Pemberton: I started buying up dilapidated aircraft and making them airworthy. By 1977, I purchased my first Stearman. I was in heaven.

JW: You have been flying for quite a while.
Addison Pemberton:  I’ve been flying for 52 years and started when I was 15. At this point I think I should say that my father was a terrible flyer — after ground loops and squealing tires, he finally gave up flying in 1969. After I learned to fly, he became my passenger and we spent thousands of hours in the air over the years until he passed in 1996.

JW: You said that your day job facilitates your habit. Just what is your day job by the way?
Addison Pemberton:  I build wind tunnel instrumentation devices. One of my main products is called Scanivalve and it’s the size of a small candy bar and contains 64 micro pressure sensors. It’s placed inside a wind tunnel model to collect pressure data. It’s now the family’s main livelihood.

JW: You work with some technical people in Canada, do you not?
Addison Pemberton: Yes, I work with your NRC, the National Research Council and one of my best customers is the RWDI wind tunnel in Guelph, Ontario. Most of my days are consumed with my business, and I work on my planes in my hangar in the evenings. I’m usually there (along with our volunteers) most nights.

JW: Here in Canada, some say we bulldoze and pave over our history. You can identify with that, I believe. You keep aviation history alive through your work in restoring vintage aircraft.
Addison Pemberton:  Yes, we do. Michael Lombardi of the Boeing Archives was of tremendous help with the Boeing 40 project. You mentioned the bulldozing and paving over of history, Peter Bowers (Who wrote the book Boeing Aircraft Since 1916) rescued six pallets of negatives of aircraft some people at Boeing were going to throw in the trash!

JW: So, give me a timeline as to when you came to be involved in the recreation and restoration of the Boeing Model 40, c/n 1043.
Addison Pemberton: I saw a Boeing Model 40 in the Henry Ford Museum in 1982. I started researching it and with a friend of mine in the UK, Pete Pavey we found all the Boeing Model 40s there were. We spent years on the project, but after many dead ends, I gave up on the 40 resurrection dreams for a while. I purchased a 1931 Stearman 4DM-1 Sr. Speedmail project from David Tallichet and restored that aircraft.

JW: David Tallichet was a fellow historian.
Addison Pemberton: I was really impressed with my 1931 Stearman Speedmail. That project really scratched my history itch, and I started to do some airmail re-enactments.

JW: The Model 40 is an amazing aircraft with a stellar history.
Addison Pemberton:  That’s very true, it is an amazing aircraft. I have never had any concerns when flying the aircraft — even at 7,000-foot high airports in the summertime in Wyoming, flying it at a full gross weight of 6,100 pounds, with 140 gallons of fuel and 750 pounds. of baggage and passengers.

JW: You have also said that the Boeing Model 40 was an important aircraft for the survival of the Boeing Aircraft Company.
Addison Pemberton: Without the Boeing Model 40, Boeing wouldn’t have survived. In and around 1926-27, the company kept busy making furniture and speed boats. At the time, there were two contracts Boeing bid on for carrying mail. The company won both. The Boeing Model 40 provided the link between barnstorming and the introduction of airlines.

JW: On a more somber note, tell our readers about the crash of c/n 1043
Addison Pemberton: The pilot, Grant Donaldson departed with a single passenger, a diamond dealer from Medford, Oregon on October 2, 1928. He arrived south of Canyonville Oregon (200 miles south of Portland) and tried three times to get through the foggy mountain pass there. He flew into a hill. The passenger was killed, and the pilot was terribly injured. He managed to stagger down the hill to where a preacher and his young daughter in his Model A Ford found him. He survived the incident, but never flew again and never talked about his crash. Grant was badly burned and spent a year in a Seattle hospital recovering. One year later, his brother died in the crash of another Boeing 40, 60 miles north of Los Angeles.

JW: And the restoration project?
Addison Pemberton: The Boeing 40 was a 35-year effort to find, restore and campaign it all over the US. We flew she airplane from 2008 when it was finished until 2018 when I sold it to WAAAM museum (Western Antique Aeroplane and Automobile Museum) in Hood, Oregon. I flew the airplane 750 hours as I said before and gave about 1,000 rides in that time. I covered the U.S. with the airplane and flew the “Trans Continental Airway” coast to coast in 2008, a highlight in my flying life.

JW: That time of pioneer flying was indeed very dangerous, but it laid the foundations of our aircraft industry today.
Addison Pemberton:  The contribution the airmail pilot pioneers is amazing to me still. I still do airmail re-enactments in my 1931 Stearman 4DM-1 Senior Speedmail. Your Canadian National Aircraft Museum in Ottawa has one on display as a national treasure.

JW: Speaking of your aircraft, please give us a list of the other aircraft in your collection.

Addison Pemberton:  I am a member of the “out of control” airplane club. My wife, Wendy and I and our two sons have eight vintage aircraft we have restored and maintain at our facilities.

Of course, there’s also the 1928 Boeing 40C, which I sold to the WAAAM museum in Hood River, Oregon in 2018. Although it’s no longer in my personal possession, I still fly it for the museum on ride and demo days.

Wendy and I are currently working on our 23rd airplane project and enjoy working at it as a nighttime and weekend effort.